HomeLifestyleDressup this Oktoberfest with your Bundhosen and Alpine Hat
Lifestyle

Dressup this Oktoberfest with your Bundhosen and Alpine Hat 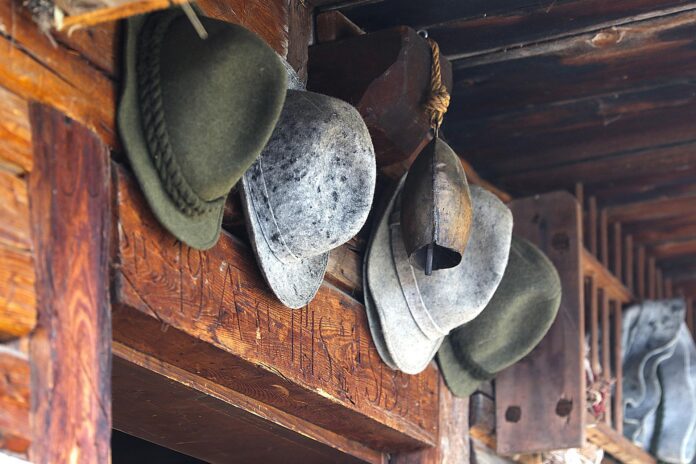 Lederhosen, bundhosen, and dirndl are cultural dresses designed to serve a purpose. They are very straightforward in their purpose and use. They originated in the Central Europe region. Both the dirndl and lederhosen were designed to meet the everyday needs of Bavarians who inhabited in areas like Munich, Augsberg, Landshut, and the rural areas of Lower Bavaria.

Bavarian people have preserved their lederhosen as a cultural attire. It has become part of traditional clothing and is now worn in most Bavarian festivals. This led to the bundhosen, which literally means “bunch” or “gather” hosen, becoming increasingly popular as an alternative style to German lederhosen. Bundhosen is considered a modernized version of lederhosen, first introduced in the 19th century.

Bavarian Bundhosen have become more popular in recent years due to modern-day trends in fashion. Originally worn by Bavarian men, this garment is simply a longer version of lederhosen and was popular in history as well.

Lederhosen, like shorts, are also a type of garment made of leather. The difference is that lederhosen is much longer than shorts.

In Central Europe and the Alpine regions of Germany and Austria, these breeches were first made popular. The inspiration for them came from a part of Northern Italy that produced embroidered and fitted versions of the garment. Over time, it gained popularity in other neighboring areas as well.

The leather material made the garment more practical. It allowed the clothing to withstand harsh conditions, such as the weather on a farm, and it was easy to clean if it became dirty. This is also one of the reasons it is a famous Oktoberfest costume.

Shoes to pair with bundhosen

Although they may not be the most noticeable part of the German Bundhosen, the shoes are an integral part of the costume.

In the 19th century, affluent Bavarians created a peasant garment called Lederhosen by replacing the traditional woolen fabric with leather, adding decorative embroidery to it, and wearing dainty leather shoes with it.

You must add a pair of traditional Bavarian and Trachten shoes to your Lederhosen/bundhosen outfit. These shoes are made from suede leather and are most commonly worn in dark and lightweight brown shades.

Oktoberfest long socks are traditionally worn with Lederhosen, though the short ones are worn with the Bundhosen.

Along with the Oktoberfest outfit, there are several other accessories that are liked by German people and on the top of the list is an Alpine hat.

When you think of the traditional German costume worn at Oktoberfest, don’t forget to wear the matching Alpine hat. The hat that was popularly worn by the Tyrolean hunters in the 19th century was adorned with a brush, or “game’s art”, symbolic of the fashions at the time. The hair brushes were made from the neck hair of mountain goats and were added to the hats as hunting trophies.

Gamsbart (German for “goat beard”) is a traditional adornment worn on hat bands or cravats. It can be made of hair from any animal, but it is most commonly made from the hair of mountain goats, as in the past, hunters wore their trophies on their hats.

The uniqueness of Alpine Hat

Alpine hats are popular today because of the uniqueness of their design and historically rich background. They are symbols of style and icons of German hunting traditions. Today’s diversity can be seen in the styles that have evolved over time to keep Alpine hats fashionable.

The alpine hat is trimmed with a band of leather to give it a soft appearance and decorated with feathers to add a touch of style to its classic design. The brim comes in four to five inches wide.

Another Oktoberfest tradition is to adorn your hat with traditional pins, which are collected from special places and cities and carry some significance. You can save these pins as souvenirs of the celebration in order to remind you of the memorable event.

Selecting your Oktoberfest costume can be a fun and interesting process. The Alpine hat can give a traditional finish to your look, so make sure you pick one out that’s of high quality.  Decorated with feathers and pins, the German hunting hat is a sign of tradition and honor for many hunters.

While Alpine hats and Bavarian Bundhosen wouldn’t normally be considered fashion statements, they’re considered ‘must-have’ clothing during Oktoberfest. Any self-respecting Bavarian will find themselves donning their most authentic garb to celebrate. And the more you look around, the more you can spot a wide range of Oktoberfest fashion in Munich.

Looking for a bundhosen or Alpine hat to complete your look this Oktoberfest? Grab affordable Oktoberfest products at Lederhosen Store. They also serve premium quality products at a reasonable price; you can get a discount as the lederhosen sale 2022 is live on their website.