How to become a certified angular developer 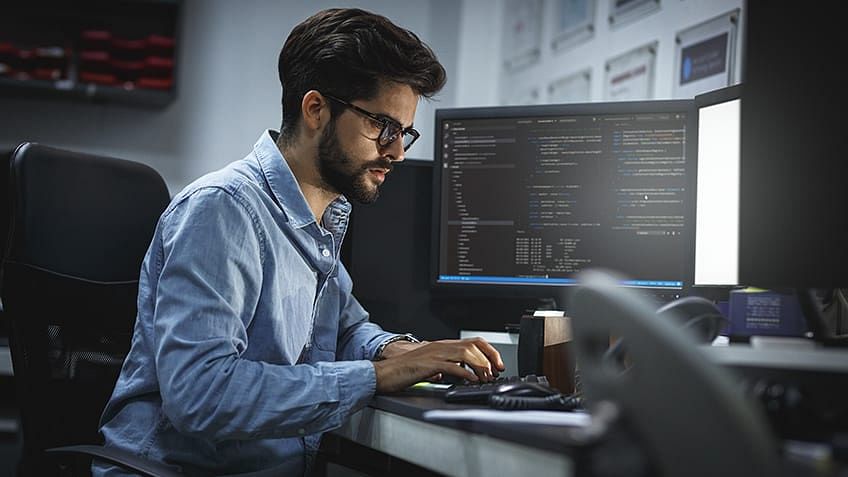 The angular developer usually possesses all the theoretical concepts of software engineering. The developer’s core activity is to work on the client software side. Their work is to provide user interface services both for websites and web applications.

It is very important to know which language or the tools to be used in the programming.

Angular can be defined as the framework which is mainly designed for web-based applications. The first version of the angular was written in javascript. The modern angular has much popularity as compared to the previous version. The reason is that the modern angular can work on multiple platforms.

When we talk about programming it becomes very important to analyze and know whether to take up a career as a developer or if you are already a developer then to enhance the skills as the same and at the same time, it becomes also very essential to decide the languages and the tools you will be using while programming.

How to become an Angular developer?

Before going further have a look at the difference between Angular and Angular JS.

Angular is mainly the framework for the clients which is used to build web applications.

Angular JS is the first version of Angular which is in pure javascript. What exactly happened was when the developers decided to come up with a new version they build a whole new platform that was better and robust and they called it Angular.

The new version works on multiple platforms so it is more beneficial and much better. To become an Angular developer, Angular certification is essential.

Angular can be seen as the most widely used programming language. It has always been consistent among many businesses and organization that uses angular in their app which includes Google, Microsoft. Gmail, Paypal, etc.

Responsibilities of an angular developer

The above-mentioned are the main responsibilities of an angular developer. However, every company or organization may add or remove some of the responsibilities according to the requirement.

Skill required as an Angular developer

Organizations look into the knowledge they possess and make sure that your expertise is in the below.

-He has to have a deep knowledge of the angular framework.

-He has to have expert knowledge of the framework. The frameworks are updated and always there are new versions.

-An Angular developer has to be well updated accordingly and keep developing the knowledge and the skills so that you are not left behind.

-As an Angular developer, you should have an excellent command of the typescript which is a superset of the javascript as it supports very strong typing and thus results in fewer bugs.

-Thorough knowledge of web markup which mainly focuses on the HTML language CSS. If a developer knows the use of web markup will have a very strong understanding of the elements interaction and the positioning as well as the UX concepts.

– It is very essential to know adjacent technologies which include Node and Webpack. The main use of these framework supplements is that they make all the processes very simpler and also effective.

– An Angular developer should be very attentive and take care of all the minute details. He has to immediately point out the mistakes even it may be a very minor mistake. The mistakes have to be rectified earlier so that it saves time and effort.

– He has to have good communication skills. He has to be well versed while communicating with others. It is very important to have a good understanding to know what the people require for the application so that both the developer and the people are on the same page and have no confusion whatsoever.

-Most importantly there should be teamwork skills that can be related to good communication skills. These both skills are separated from each other because sometimes you might be very skill full while communicating with others but at the same time when it comes to sharing the responsibilities and working as a team you might not be able to. So both skills are very important.

There is two certifications level. That is level 1 and 2 which is all about the basics of the components, pipes, and services.  The next level that is level 3 is mainly for experienced developers and has more about the architecture pattern in depth.

An Angular developer mainly works on the client-side of the software. They build a full-fledge user interface for both websites and applications.  Other than this he also works with the components and the module creation and develops the fundamental software.

The 5 Most Important Factors of a Successful Digital Marketing Agency

SEO tips for WordPress valid for every website and blog

How to make sure your content is ready for the future