The Complete and Only Gaming Essentials Checklist You’ll Ever Need 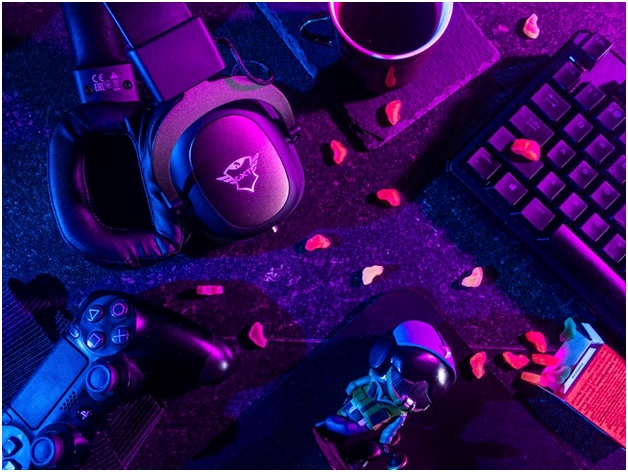 Think fast. You’re brushing your teeth before bed and thinking about how much you’d like to quit your day job when a genie suddenly appears in front of you. “I’ve heard your request and I’m prepared to grant your wish,” the genie says, “But I don’t have a lot of time. If you can list off the gaming essentials that you need to become a live streamer, I’ll turn you into a video game streaming star.”.

In 2021, a leak revealed that Twitch’s top 81 streamers had made over $1 million from August 2019 to October 2021. Plain and simple, you don’t have to be a mathematician to know that video game streaming has the potential to give you life-changing money. And if you’ve ever wanted to be the person that makes people stop what they’re doing and say, “Oh my gosh! This person is streaming!”, there’s no better time than the present.

But how do you go from aspiring professional gamer to honest-to-goodness live streamer? What equipment should you be listing off to the genie? Read on to see our ultimate checklist of video game streaming essentials.

What do all of the top YouTube and Twitch video game streamers have in common? Before they ever hit the record button on their first live streams, they all sat down and said, “What do I want my gaming channel to be like?”.

If you want to emulate their success, you’ll need to spend some time creating a business plan for your stream. Are you planning to be the everyday, average person who just so happens to love video games? Are you so ridiculously good at all the new games that it would just make sense for your streams to look more like tutorials?

The key to not being overwhelmed by the work of building your community is to have a plan from the get-go. Whether you’re thinking about promotional strategies, banner aesthetics, or even the basic format of your show, you’ll look and sound more professional if you know what you’re doing.

Okay. You’ve figured that out the general tone of your streams. You’ve got a content calendar going and you’ve even gone the extra step and started looking for gaming laptop deals. What else should be on your list? Here are some of our top recommendations:

Suppose you’re buying a car with every upgrade and customization you can think of. You’ve got the shiny rims, huge mufflers, and an expensive window tint — basically, you’re getting the works. Imagine getting into that amazing new car and turning the ignition key only to realize that your new wheels don’t have an engine.

As ridiculous as that might sound, it happens more often than you think in the gaming world. Too many would-be streamers will do everything right in terms of lighting, they’ll pick the best video games, and they’ll have a username that screams “Best Gamer Ever”. But because they don’t have a PC that’s capable of streaming and gaming simultaneously, they’re not able to gain traction on their live streams.

You’ll be using your PC to stream, game, and edit your audio and video. Don’t be the gamer who’s sitting in the driveway with an engine-less car. Get your streaming career off on the right foot by purchasing an awesome PC.

Have you ever shot a video on your phone only to be shocked at how huge the file was? If so, you’re in good company!

What a lot of people don’t realize about streaming is that you can’t just film something on your computer and then upload it raw. Your computer uses an encoder to change your video into a more accessible format for other people. And yes, this still applies even if you’re streaming on established platforms like Twitch and YouTube.

If that sounds super technical, you’re not wrong for thinking so. But it’s a necessary part of making your streams look and sound professional. After all, nobody wants to hop into a stream that’s choppy, and unpredictable. And because Open Broadcast Software is free, getting your hands on an encoder doesn’t have to cost you a penny.

Cinematography is one of those skills that people often have a hard time explaining. But when a YouTube channel doesn’t have that digital “it” factor, most internet users can spot the quality difference immediately.

Of course, that doesn’t mean that you have to head to your nearest specialty store and beg for their most expensive lens. There are a surprising number of feature-length films that have been shot on smartphones. However, the important thing for your streaming channel is that you’re able to get the shots and angles you need while still giving off a vibe that says, “I’m a professional streamer.”

At the end of the day, video game streamers typically aren’t people who just sit around talking about the games they play. They often do live playthroughs while engaging with the people in their chatrooms.

If you’re going to be playing live, you’ll want to get a keyboard or a controller that you feel comfortable using for hours at a time. Your wrists will thank you for it and you might see your increased comfort level reflected in your gameplay.

Have you ever wondered how it is that podcasters constantly manage to sound so crisp in every episode? The answer typically boils down to one thing:

The quality of the microphone they’re using.

Short of an out-of-this-world resume, you wouldn’t hire someone who showed up to a job interview looking bummy and unsure about the job description. And similarly, you’ll want to invest in a microphone that’s up to the task of making sure that you sound your best at all times during your live streams.

You could be the best gamer in the world, but if you don’t have a good internet connection, you won’t be able to stream with any reliability. And in a world where people who don’t put themselves out there can quickly become yesterday’s news, you can’t afford to have a streaming-when-I-feel-like-it thing going right out of the gate. If you don’t invest in anything else, a rock-solid internet connection is absolutely worth spending your money on.

When you’re streaming a video game, you could easily find yourself sitting and playing for one or two hours at a time. And trust us, the last thing you want is to have your epic battle overshadowed by ya sudden leg cramp.

The ergonomic chair movement is all about helping people maintain good posture even while seated for long periods. Even if you’re more interested in cushions and movement, it pays to have a nice chair for your live streaming sessions.

You’ve heard the saying, “Lights, camera, action!” before, right? While we get that you might not want your video stream to be too much like a Hollywood production, lighting can often be the difference between “I can barely see that person’s face!” and “Oh my gosh, this stream looks incredible!”.

People have plenty of options when it comes to their lighting displays. Some folks will use ring lights while others will use a bunch of lamps to get the exact look they’re going for. Whichever option you pick, you’ll want to be conscious of the fact that well-lit streams often stand out a lot better than dimly lit ones.

We dare you to name one professional gamer who isn’t also a certified video game geek. Don’t worry. We’ll wait. You probably couldn’t think of any, right?

The truth is that the success of a gaming stream will often come down to the popularity of the games that are being played on it. From World of Warcraft to Final Fantasy and League of Legends, there are always video games out there that have a lot of hype and momentum behind them.

You don’t want to play a game that you secretly hate for the views, of course. But sometimes the best video games for your channel might be right under your nose. If you’re able to find alignment between your preferences and the games that people want to watch, growing your stream might be easier than you think.

Imagine streaming a video game only to realize that you can barely hear what’s happening. Whoops! Talk about embarrassing, right?

Although your headset might not be nearly as important as your internet connection or your streaming software, it can still have a major impact on your gaming experience. As such, when you’re upgrading your gear, you should try to get your hands on the best gaming headset available.

This Gaming Essentials List Could Jumpstart Your Streaming Career

When push comes to shove, most people would love to get paid millions to play the video games they love. But not everyone has the know-how needed to go from “Man I wish I could make a living doing that.” to “I’m making six figures a year playing these games!”. Simply by reading through this list of gaming essentials, you’ve already gone further than most. And armed with the checklist of items that we’ve just provided, you could be well on your way to becoming the next streaming superstar.

VPN Logging: No Logs vs Metadata Logs vs Browsing Logs