Why Should You Consider Removing Asbestos From the Property? 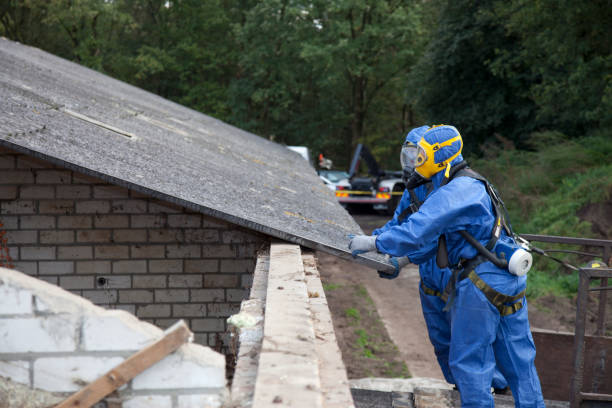 Early in the 1930s, asbestos was one of the popular minerals that builders used extensively to construct residential and commercial buildings. However, during the 1980s, medical researchers found out the harmful effects of the mineral, especially its fibres, that caused fatal diseases among those who came in contact with it. And in 2003, the Australian government imposed a complete ban on using asbestos in construction. Most Australians then became aware of the threat posed and began consulting experts about the presence in their homes, enquired about the asbestos removal cost and started removing them as a precautionary measure to protect themselves.

Additionally, asbestos removal is essential when the materials are damaged, making the residents vulnerable to exposure. However, one must not take it upon themselves to remove it as a DIY project or save some cash. In fact, it is illegal in some territories and states for people other than licensed professionals to remove asbestos fibres. The mere act could lead to serious health issues that one might find difficult to fight.

Types of Asbestos Seen in Buildings

Primarily, the 20th-century builders used two types of asbestos during construction; chrysotile asbestos and amphibole asbestos. The chrysotile variation is most commonly found in buildings due to its spiral structure, making it highly durable. Furthermore, asbestos was available in friable and non-friable forms that offer numerous utility factors. Meanwhile, manufacturers used friable asbestos in fragile objects like vinyl sheets, paper products, fire blankets, patching compounds and spraying insulation which is dangerous as it can be pulverised. Also, they used non-friable asbestos in cement to build roofs, ceilings and floors.

Asbestos is a mineral that predominantly contains silicon, which is toxic to humans. And as mentioned above, friable asbestos can turn into a powder that people can inhale. The minute particles can scar the lung tissues or cause lung cancer and mesothelioma among those who inhale them.

When one has to consult an expert to remove such toxic materials from their building, they certainly must consider the expenses they need to bare for the process. Trusted asbestos removal companies provide the exact quotes for the detoxification process. However, asbestos removal cost depends on the size of the area containing asbestos, the removal process, risk level, materials they use and the timeline.

The process of removing asbestos involves three stages: surveying, encapsulation and removal, and each step incur additional cost to the removal job. The initial cost that every building or residence owner has to bear while consulting a professional is for surveying the area for the presence of asbestos. As it is a common ingredient found among numerous older buildings at various degrees, they must thoroughly examine the premises.

Different types of asbestos require independent techniques to encapsulate or remove it from buildings. Meanwhile, it is easier to eliminate larger pieces than dust particles which are hazardous. As such, the type of asbestos present in the building also determines the cost.

If the asbestos infected area is difficult to access due to impeding structures or obstacles, it might require the professionals to use assistance to work on removing it, incurring additional costs. Asbestos on the exterior sides of buildings is easier to remove than one present inside. Professionals must also ensure not to contaminate the furniture, carpeting or bedding in the interiors, which requires additional preparation and care.

The Volume of the Toxic Asbestos

4 Essential Home Renovation Tips You Should Not Ignore